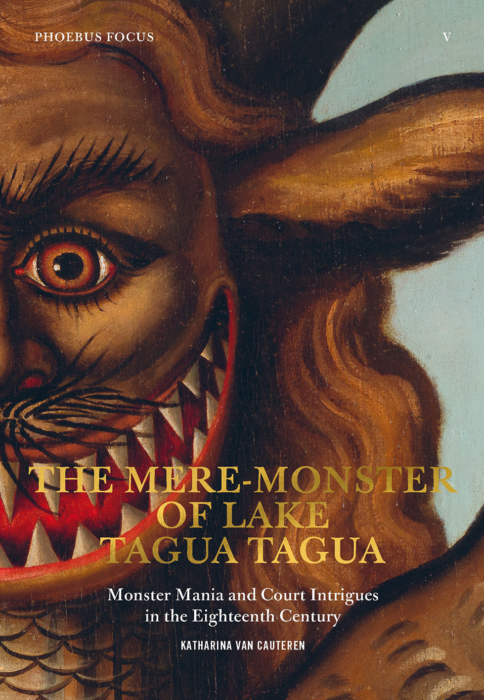 The Mere-Monster of Lake Tagua Tagua is an intriguing and enigmatic artwork from the collection of The Phoebus Foundation. This absurd animal is the synthesis of more than 300 years of image building. Furthermore, the Mere-Monster turns out to be pure political propaganda.

Katharina Van Cauteren (b. 1981) is Chief of Staff at the Chancellery of The Phoebus Foundation. A passionate art historian, she has curated numerous exhibitions in Belgium and elsewhere. She brought Rubens to India for the first time, took Jan Van Eyck to the Netherlands, and with leading fashion designer Walter Van Beirendonck she devised the celebrations for the 350th birthday of Antwerp’s renowned Royal Academy of Fine Arts. She has published extensively on the art of the fifteenth, sixteenth and seventeenth centuries. Her Politics as Painting: Hendrick De Clerck (1560–1630) and the Archducal Enterprise of Empire promptly became the standard work on the Brussels painter Hendrick De Clerck and the political ambitions of Archdukes Albert and Isabella. She has also written on the more recent artists of Sint-Martens-Latem: James Ensor, Edgard Tytgat and Rik Wouters. For where there are pictures, there are stories to be told. With The Mere-Monster of Lake Tagua Tagua Katharina Van Cauteren ventures into more exotic terrain. Or is it?