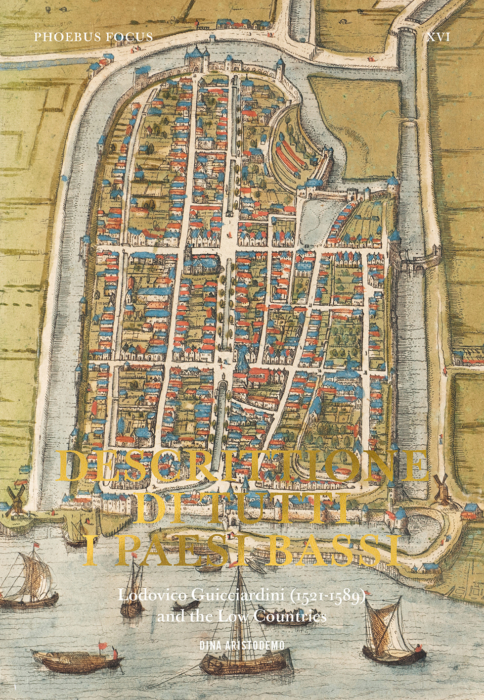 This 'Phoebus Focus' explores Guicciardini’s masterpiece and its fascinating history. The reader gets a taste of the many themes that the Italian author addresses in his magnum opus.

Dina Aristodemo (b. 1941) studied philosophy in Milan and Naples, and taught Italian literature at the universities of Utrecht and Amsterdam. She is also a scholar of nineteenth- and twentieth-century Italian literature. Her research includes a particular focus on the ‘fairy-tale problem’ in the stories of Luigi Capuana and literary and cultural-historical links between Italy and the Low Countries, based chiefly on travel journals. In 1986, for example, she published an annotated edition of Edmondo de Amicis’s Olanda. The bulk of her work, however, deals with Italian Renaissance authors, especially Lodovico Guicciardini and his masterpiece Descrittione di tutti i Paesi Bassi. She has written numerous articles and essays on the Descrittione and, in 1994, published a first critical edition of the 1588 text. A new, revised and expanded critical edition appeared in 2020, including reproductions of the 78 hand-coloured engravings of the copy of the Descrittione owned by The Phoebus Foundation.