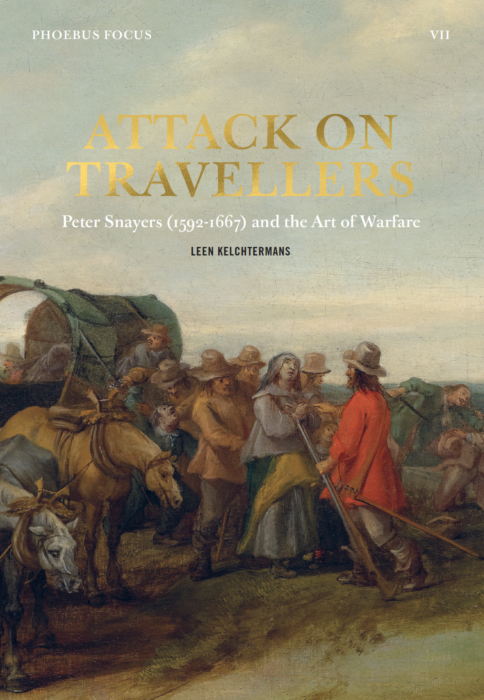 Attack on Travellers from The Phoebus Foundation collection was painted by Peter Snayers (1592-1667). It’s not only the tragic subject that speaks to the imagination, for the story of the artist himself, who based a flourishing career on the portrayal of contemporary battle scenes with their dead and dying, is every bit as intriguing. This volume in the Phoebus Focus series is about art, a painter in wartime, and the art of warfare. For as the saying goes, one man’s death is another man’s breath…

Leen Kelchtermans(1986) studied Art History at the University of Leuven and completed a Research Master in Art Studies at the University of Amsterdam. Her predoctoral dissertation for the Research Foundation Flanders (FWO) focused on the topographical battle scenes of the seventeenth-century Brussels painter Peter Snayers. In this first oeuvre study, she applied contextual and cross-disciplinary research methods to explore the layers of meaning in early modern war paintings. Her doctorate was awarded the Erik Duverger Prize of the Royal Flemish Academy of Belgium (KVAB). Leen subsequently worked as a postdoctoral researcher at the University of Leuven. She is currently active as an art-historical researcher at The Phoebus Foundation.